Pieter Leemans (1897-1980) is best known for his March of the Belgian paratroopers. The composer is indeed especially celebrated for his march music. Yet he also wrote film music, choral works, songs and symphonic music.

It is a work full of variation in tempo and character, and those who listen to it will certainly recognise some well-known dutch folk songs, such as Zeg kwezelken, Den uil die op 'n pereboom zat, Des winters als het regen and many others.

The front cover of the score bears the stamp of the broadcasting orchestra. On the first and last page of the score itself we see a stamp of the 'Société des auteurs', the predecessor of Sabam, with the date 13 June 1930. Leemans entered the staff of the N.I.R. as a conductor in 1932. He may have donated the score to his employer at that time. 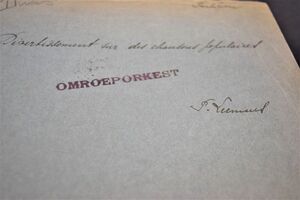 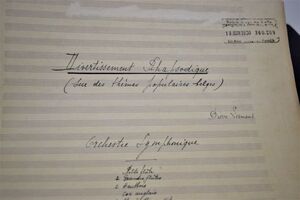 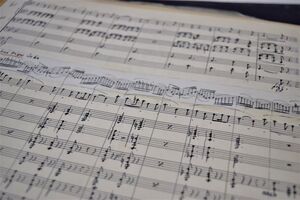 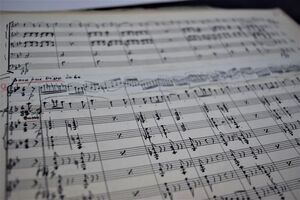 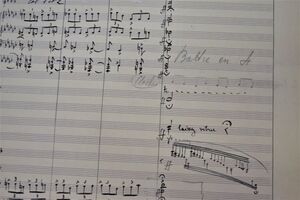 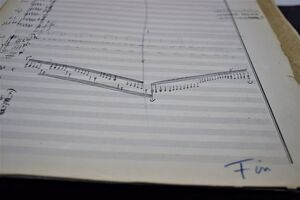