The operetta was a popular medium in Brussels in the first half of the last century with daily performances in various venues. In the Folies-Bergère, both German and French operettas were performed in a Dutch translation. When, after the war, the managers of the halls were obliged to programme Dutch-language performances, the manager of the Folies-Bergère closed his hall and wine merchant Ernest Kindermans (1875-1932) rented the premises to programme Flemish lyrical dramas. When, after the Liberation, public interest increased and Emiel Hullebroeck (1878-1965) took charge, a new Flemish song play was created almost every year and the Folies-Bergère became, next to the Royal Flemish Theatre (Koninklijke Vlaams Schouwburg), a second Flemish cultural centre in Brussels. The operetta Het Vrouwtje van Stavoren, an 'original Flemish singing play in four acts' by Marcel Poot was created on 22 November 1929.

A few years later, Ernest Kindermans made plans to build his own theatre in Brussels on the Place Sainctelette. For Kindermans' Lunatheater (the present Kaaitheater) Poot composed his second operetta, Luna or The Banker of the Moon, in 1931.

He himself called it a 'fantasy play with song and dance in three acts'. The first act is set on earth, the second on the moon and the third at the gates of heaven. Because the construction of the theatre had been delayed, the performances of Luna had to be organised at the rival Scala theatre in Antwerp. Socialist politician Camiel Huysmans wanted to gain popularity for a Flemish theatre in Brussels and wrote the libretto himself. In the end, he did not dare put his name to it and the poster read: words from Piet, music from Poot.

Luna's unique manuscript is a gem and was only discovered in spite of the rich collection of the former broadcasting library. There was no trace of the operetta in the composer's estate. In fact, it was never performed again 'and that was just as well', according to the composer. 'The piece fell like a stone. Not a single person clapped their hands. It was awful!'

When Poot became a music modulator at the NIR in 1933, he left his manuscript safely behind in his employer's music library. 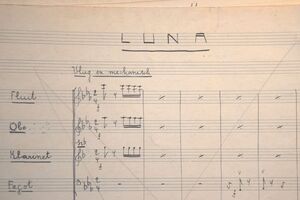 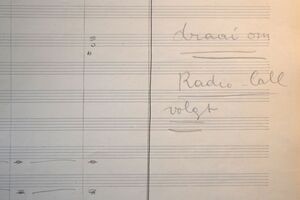 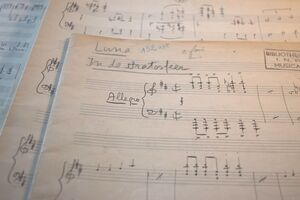 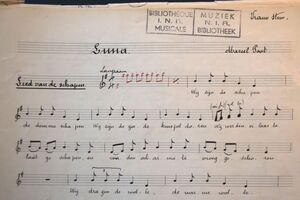 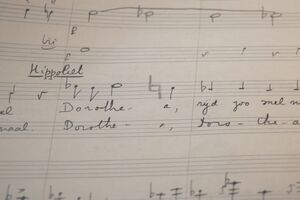 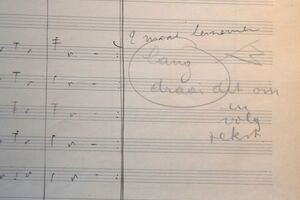 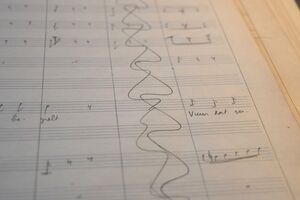 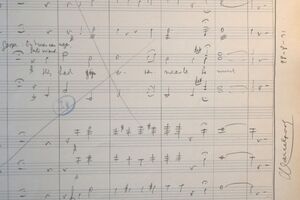