More than 50 years ago, in the second half of the 1960s, Jerzy Milian (1935-2018) and the then BRT (Belgian Radio and Television) worked closely together. This collaboration is said to have come about thanks to Elias Gistelinck (1935-2005), (jazz) composer and also producer of the BRT jazz orchestra led by Etienne Verschueren. Milian performed as a musician of the BRT Jazz Orchestra and was also active as a composer. In Belgium, he was able to experiment with different styles, seeking inspiration in folklore and the avant-garde. Milian's experiences in Belgium later led him to found an orchestra in Poland, the Orkiestra Rozrywkowa of the Polish Radio and Television in Katowice.

With the manuscript of Engravings for big band and soloists, Milian left behind a masterpiece in the music library of the former BRT. The extraordinary format, the beautiful layout, the lovely handwriting: who would not want to play from this magnificent score?

The manuscript of Milian's Circulations, a work for jazz combo and symphonic orchestra, is also part of the BOO collection and is another gem. Both Engravings for big band and soloists and Circulations have BRT recordings. 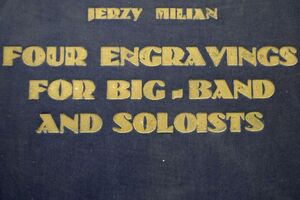 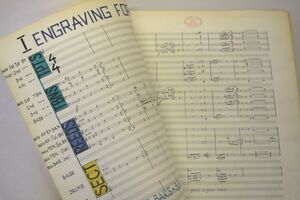 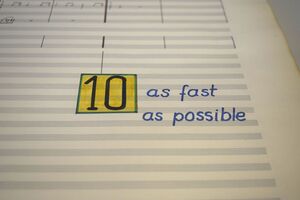 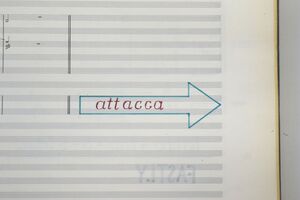